Transistors: The grandmaster in modern Electronics 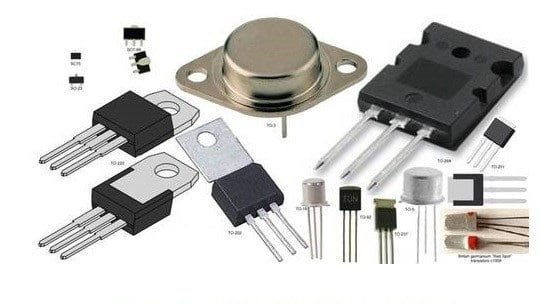 85
SHARES
267
VIEWS
Share on FacebookShare on TwitterShare on WhatsApp

Transistors are the single most important semiconductor component in electronics. They are at the heart of every digital circuit and enable modern technology.

Transistors are active components that can increase the amplitude of a signal and can also be controlled by outside signals. This is in contrast to passive components like resistors, capacitors, and inductors cannot amplify signals.

The key advantage and usefulness of active components is the ability to amplify the power of an input signal. No power is created of course but rather supplied by a capable power supply in the system.

Components that can amplify the power of input signals have a number of key advantages beyond straight power amplification not that amplifying a weak audio signal to pump out great music is unimportant.

The transistor is an essential component of the modern age. In analog electronics, transistors are the building blocks of amplifiers, oscillators, and the venerable operational amplifier.

In digital electronics, transistors are the basic component of every computer chip, processor, memory module, and integrated circuit. This is why a good understanding of transistors is so critical for modern electronics.

Integrated circuits are the core of every product, but sometimes and operation.

A very rigorous transistor model is generally taught in undergraduate electronics courses, but this model is both unintuitive and overly complex when just starting out.

Equations and models are essential, but often not the best way to start learning a complex topic or understand how components behave.

The reality of how transistors really behave is hidden in equations where variables are assumed to be fixed when in reality manufacturing processes cause a great deal of variation that makes designing by equation alone very dangerous without a good background in how transistors work in real life.

what is a transistor?

The ability for a transistor to amplify a small signal is called gain and is a property called out on transistor datasheets. The gain is simply the amount of amplification that an input signal sees on the output, assuming there is enough available power to supply the gain and the transistor can handle the power.

It is interesting to know that often time, transistors are the most common devices for beginners to destroy by applying too much power or power to the wrong pin. When that happens, the magic blue smoke that runs the component causing the transistor to never operate again. One major thing to note about gain is that it varies greatly due to the manufacturing process and should not be counted on in a design.