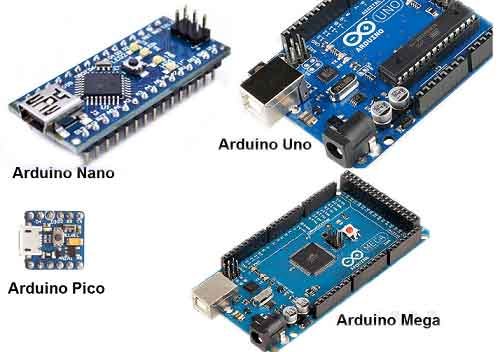 173
SHARES
542
VIEWS
Share on FacebookShare on TwitterShare on WhatsApp

You are here!, Micro-controllers are here! Arduino Uno is here!😎 Of course, we can’t discuss micro-controller projects without mentioning of Arduino programming. There is no doubt a countless number of Arduino projects on the web today. Oh YES! their impact is enormous, scarily even. From simple blinking of LED to more sophisticated projects, Arduino can boast of its existence and its gradual domination of hobbyist projects as well as general-purpose control systems. I don’t think or perhaps I can’t imagine Arduino’s contribution to IOT (internet of things) can be written overnight. With Arduino projects in mind, we have got billions of work and experiments to do.

Please note that even though I have drafted this content around Arduino Uno, it is also applicable to other types of Arduino development boards. (Arduino Nano, Arduino Pico, Arduino Mega etc.)

Arduino Programming: What is Arduino?

Arduino is an open-source electronics platform based on easy-to-use hardware and software. They are able to directly read inputs such as light on a sensor, a finger on a button, or read messages from Twitter and turn it into an output such as turning on an LED, activating a motor, publishing something online. You can tell your board what to do by sending a set of instructions to the microcontroller on the board. To do so you use the Arduino programming language (based on Wiring), and the Arduino Software (IDE), based on Processing.

A worldwide community of engineers, makers, and developers consisting of students, hobbyists, artists, programmers, and professionals have gathered around platform, their contributions have added up to the very incredible of accessible knowledge that can be of great help to novices and experts alike.

Arduino Uno Programming: Where from Arduino?

Arduino was first discovered at the IIDI (Ivrea Interaction Design Institute) as a pretty easy and user-friendly tool for fast and cost-effective microcontroller hardware-based simulation and implementation, aimed at learners who are beginners in programming and electronics. All Arduino boards (Arduino Uno, pico, nano, mega etc.) are completely open-source, which allow users to build any circuit on their own and then modify them to their particular needs. The Arduino software, too, is open-source, which is constantly rising up through the contributions of enthusiasts and makers worldwide.

Arduino has been used in thousands of different projects and applications. This is due to its simplicity and ease of usage. Likewise, the Arduino software is also easy-to-use for beginners and provides express tools for advanced users as well.

Moreover, when it comes to learning new things with little effort, Arduino surpasses most (if not all) of the development boards out there.

Believe me or not, unlike other embedded system design, you can learn Arduino with no prior knowledge in programming. In fact, Anyone, children, ladies, men, programmers even drivers can start tinkering and building Arduino projects by just following the step by step instructions of a kit (Arduino development board with sensor packs), or just reading and sharing ideas online with other experienced members (or perhaps a novice who has already done with a particular Arduino project and has acquired a little experience with that) of the Arduino community. Arduino gets rid of the complicated details of microcontroller programming and uses a simple easy-to-use package and libraries which offer some advantage and flexibility for students, makers, hobbyists and professionals alike.

Even though there are many different types and series of the Arduino, the Arduino Uno is indisputably the most commonly used Arduino development board. To get started, you need to know the pinout of this micro-controller board. The pinout is directly printed on the board as shown in the diagram above. This makes the board relatively easy to use.

So, these digital and analog pins are capable of multiple functions which depends on projects’ requirement. SPI Pins are used for connecting SPI modules and Serial Pins are also required to interface Serial modules (like GSM or GPS breakout boards). However, We can also assign any pin to be used for serial communication using the software serial.

Memory capacity is a very important factor to consider when selecting a micro-controller for your project. If you have a bigger code or sketch to save then you should select a development board with more memory, the Arduino Mega is recommended. Although the SD card option is always there but may compromise processing speed.
let’s have a look at Arduino Uno memory features:

Arduino UNO has many applications in everyday life. It is the most widely used D-I-Y Micro-controller development board. Some of its working fields are:

I hope by now you have got the picture of what Arduino is and what they are used for.

I must say this is just the tip of an iceberg and there’s a lot we can do with the Arduino board.

If you are getting tired, let’s take a break and resume in the next part (part 2).  Use the comment box to ask any question.

If this post or any other content on this blog has helped you, you can appreciate our effort by

Thank You. ElectroTek!! Together We Can!!