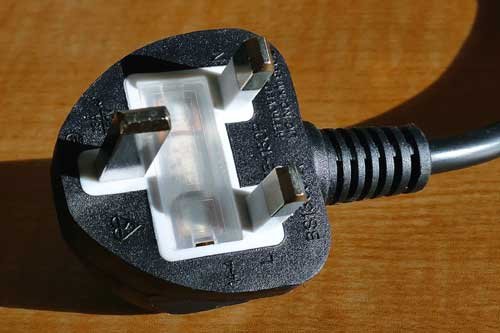 93
SHARES
290
VIEWS
Share on FacebookShare on TwitterShare on WhatsApp

An electrical Fuse is the simplest current interrupting device for the protection against excessive current.

As explained earlier in our previous article protective devices, an electrical installation must be safeguarded against the harmful effects of excessive current. This excessive current may be caused by overloading or short circuit faults.

A high current leads to an excessive heat rise which, if near to inflammable material will almost certainly cause an outbreak of fire.

In all such cases, therefore it is necessary to interrupt these excessive currents before they cause any damage. This is where fuses, circuit breakers and other forms of protection come into use.

What is electrical Fuse?

An electrical or electronics fuse usually called a fuse is a small piece of metal connected in between two terminals which melts when abnormal or excessive current flow through it.

Electrical fuses operate on the basis of the heating effect (I2*R) of electric current. That is the square of the amount of current I in amperes flowing through the resistance R of the fuse element measured in ohms. This yield power loss in a form of heat which in turn causes the fuse element to melt. One common operation attribute of fuses is that they are normally wired in series with the circuit to be projected.

Different types of metals can be used to manufacture fuse element for different applications. However, metals with low melting point like tin, lead, zinc or lead – tin alloys are found more suitable for this purpose. Normally, lead – tin alloy wire is used below 10 amperes while copper wire is most suitable for higher currents. The present trend, however, is to use silver for higher currents despite its higher cost as it is comparatively free from oxidation.

In practice, there are three main types of electrical fuses. These are; the rewirable fuse, the cartridge fuse and the high – rupturing – capacity (h.r.c.) fuse.

The rewirable electrical fuse sometimes called semi-enclosed fuse is a simple and comparatively cheap system of over-current protective device. The fuse element consists of a short length of fuse wire of diameter depending upon the current rating of the circuit the fuse is protecting.

The wire is threaded through a small hole in the porcelain or ceramic fuse carrier (bridge) and secured to the contacts (terminals) by means of screws. It also has a separate holder called the fuse base which holds the fuse carrier.

The incoming and outgoing live or phase wires are also connected permanently with the help of connecting terminals to the base. After blowing off the element during a fault condition, the carrier can be pulled out and again rewired with new fuse wire. Thus, restoring service very quickly with negligible additional expenditure.

Commonly used in domestic installations and some circuits where very low fault current are to be handled.

With the increase in fault current level, the fuse clearing the fault would be called upon to withstand extremely heavy stresses in the process. A rewirable fuse would not be able to withstand these stresses and would probably disintegrate violently. This and perhaps all the disadvantages of using rewirable fuse led to the development of the cartridge fuse.

The cartridge fuse consists of a porcelain carrier tube with metal caps to which the fuse element is attached internally. The porcelain tube is filled with silicon and oxygen (silica). Since the fuse element is enclosed, the entire fuse enclosure has to be replaced with one of the same rating (as determined by the manufacturer) when it blows. They are mostly found in modern plug tops used with 13A socket outlets and inside consumer electronic machines.

They are gradually replacing the rewirable fuse in modern domestic installations.  Especially power intake from the regular 13A socket. They are also used as the protective device for many modern electrical appliances such as electric iron, electric cooker, microwave oven etc.

They are particularly used in industrial installations. They are also frequently used in low voltage distribution systems.

They have the same advantages and disadvantages of a standard cartridge fuse in addition to exhibiting the capacity to withstand heavy fault current.

Protective Devices in Electricity and Electronics